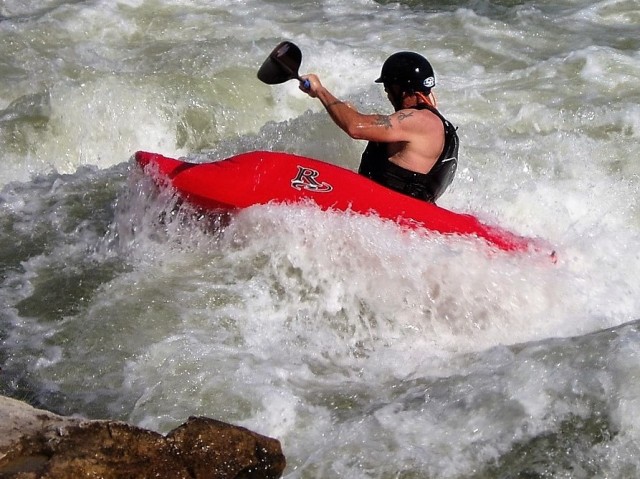 “Heave-ho,” yelled Joe the head of the “Floating Joe’s.” Joe was in charge of a group of rafts. They were practicing for a race against another group in a few days.

At his yell they all got in place for the long set of rapids in this area. This happened to be the most dangerous area of the whole trip and it was necessary to practice it. Someone always fell out. Both teams had problems here and it basically amounted to how many rafts made it intact to the end of the race.

Just as it looked as if all would make it this time, Justin tipped over and started struggling. Joe paddled over to the area, but Justin was already being sucked down the rapids.

Just then they saw Justin stop moving and bouncing around in one area. He had found a tire stuck between a tree and a rock outcrop and managed to grab it. He held on for dear life.

Joe and one of the others came up behind him and grabbed the tire as well. They pulled him over and into Joe’s raft. Joe immediately took off for the end. The practice was over.

Justin was lucky. The medical crew couldn’t find a thing wrong with him, but they took him by ambulance to the hospital to be checked out.

My name is Tessa Dean and I am an author and blogger. My writing styles vary and I love writing using prompts. I am also writing my first book, a Memoir entitled "Government Property - A Memoir of a Military Wife".  This is being published on the blog rather than the traditional way. I am putting up chapters as I go along. I keep my blog filled with useful content, stories, and poems. Plenty to keep you busy. I have also been interviewed by blogs and had other posts published on many different blogs. I also wrote a series of articles on Bipolar Disorder for IBPF (International Bipolar Foundation). I am in my 60’s and disabled which allows me plenty of time to write to my heart’s content. I live in southern New Jersey and have 3 children and 5 grandchildren. My oldest grandchild is a Sargent in the United States Marine Corps.
View all posts by Tessa →
This entry was posted in Fiction, photo a week and tagged fiction, photo prompt, Sunday Photo Fiction. Bookmark the permalink.