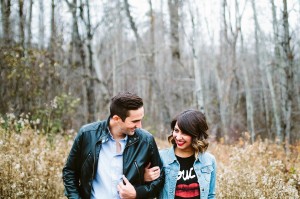 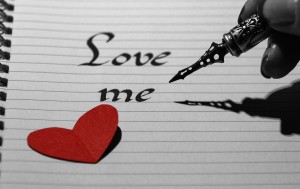 Part 1 is John and Judy.

Part 2 is The Honeymoon

Part 3 is The Flight

Part 4 is The Hospital Under Siege

Part 5 is Love me Tender

“Marlon,” John struggled to speak. “I want nothing to do with you or your gang. Sorry about your Pa, but what he was doing was illegal not to mention burning down my cabin.”

“Marlon, let my mom out of here she wants to know how my dad is.”

“Cindy what are you talking about?”

“I just made sure dear old dad didn’t make it out of surgery.”

“You? Killed our father? Are you crazy?” Judy felt tears spring to her eyes and put her arm around her mother.

“David is gone? Cindy what have you done,” Joan asked dry-eyed and seriously.

“The police haven’t realized that the gang made it over here and have revenge on their mind,” said Cindy and “besides Marlon here is my boyfriend and you killed his pa, so I killed ours.”

Don’t anyone move or you all die.” Marlon raised his gun. Just then they heard shots fired somewhere in the building. The first in the building so far.

“Cindy, how did you kill your father,” Marlon asked her.

“With my knife.” She pulled it out and it was covered with blood.

Joan refused to cry. She had prepared herself for this many, many times over the years.

Judy bent over. “Marlon what is she doing,” asked Cindy?

“Oh my God, I am having a miscarriage. I never got the chance to tell John so I never mentioned it to anyone else. It hurts,” she wailed.

“Hey Marlon and Cindy let her go get checked out,” Joan finally showed some emotion.

“No way. We are going to end this here and now.”

“Get up Judy and you and Joan walk over to John,” said Marlon

Judy started to move and she came all the way up with a knife in each hand. Her aim was perfect and she took both Marlon and Cindy down. She grabbed Marlon’s gun and Cindy’s knife. She felt nothing over the death of her sister. She was on the wrong side of the law.

She cleaned her knives and put them back into the holsters on her ankles. She rushed to John. He was still weak, but conscious.

“Is it true we are going to have a baby?

“Yes, John, a baby. I am 3 months along and no miscarriage.” Joan came over and hugged the 2 of them.

We need to find a different room since we don’t know who is firing, the cops or the bad guys,” Joan said. “Give me the gun and I will check the hallway. Judy help John walk to the wheelchair.

Just as they transferred John to the wheelchair, another gunman said “Hold it!”

A shot was fired from the hallway and the chief of police came in followed by David limping along. The second gunman was down.

“David you are alive, Cindy said she killed you.”

“She killed another gang member and went looking for her mother.”

Just then Cindy moved. “Judy I knew you would have your knives on you and I took a chance you wouldn’t believe my story and let you throw that knife at me. Not my good arm at least.”

“Sir, the siege is over. Hospital cleared.”

“John get back into bed and I will send the surgeon in here to check you out. Cindy you were foolish, but it worked so I won’t arrest you. Get treated! Everyone out of the room so John can rest. You can come back tomorrow.”

Constructive Criticism is appreciated as always.

Teresa (Tessa) Smeigh at 60 plus is still going strong despite her disabilities affecting both physical and mental abilities. She has bipolar disorder (mental), Fibromyalgia (nerves), degenerative disc disease (spine), and arthritis (joints). Her new journey's include Diabetes controlled by insulin. She is also working on 2 fiction books (mysteries). The books will probably never be finished. She keeps her blog filled with useful content, occasional devotionals (She is a Christian), stories and poems. Plenty to keep you busy. She has also been interviewed by blogs and had other posts published on many different blogs. She is from Southern, NJ. Her family and blog keep her busy.
View all posts by Tessa →
This entry was posted in Fiction, Friday Fiction with Ronovan Writes and tagged fiction. Bookmark the permalink.