The FRIEND (with benefits) is a SWINE 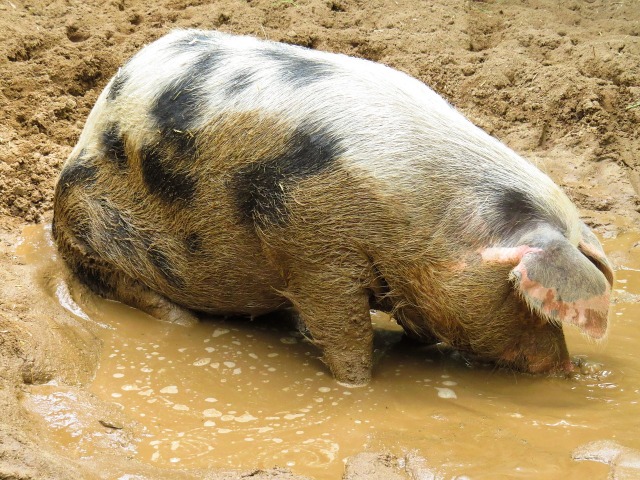 I have been doing pretty good forgetting him most of the time, but memories do arise and so do the blasted dreams. Last night was a dream. He came back and wanted a relationship again. I was surprised because I never expected to see him again. He wanted his benefits. SWINE!

When he broke it off the second time in 18 years I found Christ. I asked for forgiveness and promised to never have a relationship with a married man again.

I felt bad for his wife, but most of the time I convinced myself that I wasn’t forcing him to be with me. He wanted to be. His way of breaking things off was cowardly and the second time though a different way I know he wanted out.

He had given me a computer (computers over the years) and once he gave me a really nice one. A Terabyte of ram or hard drive. Can’t remember. Everything was supersized and I finally had a CD recorder. He took it back and started bring me cheap little ones with just a cd player and a floppy drive. They kept breaking. They were “free” so I was good, but the last one just before breaking it off was a piece of crap. I wondered why he gave me that. Bingo, I found out. He was leaving and wanted his other stuff back. He builds computers and uses used parts. I occasionally would get a new piece, but it never stayed long.

I went out and bought myself a brand new Microsoft 10 computer. Didn’t help the budget, but I needed a computer that worked and the last one he gave me had quit. I told Staples to scrap it. He wasn’t getting it back.

The dream about him this morning was terrible. It didn’t help that I was sick to my stomach. I have forgiven him. Calling him names helps. I feel better.

I have been sick every morning with stomach pains and I am too old to have a baby, not to mention no sex. Has to be that new antipsychotic. Can cause weight gain too. I just checked. It went up 4 lbs. in the last month. Not bad. Think I will be ok there. Just normal weight fluctuation. The insomnia is crazy and my sleep patterns are nuts.

Time to notify my medication nurse and see what she says about these stomach problems.

Tessa has no more swines

My name is Tessa Dean and I am an author and blogger. My writing styles vary and I love writing using prompts. I am also writing my first book, a Memoir entitled "Government Property - A Memoir of a Military Wife".  This is being published on the blog rather than the traditional way. I am putting up chapters as I go along. I keep my blog filled with useful content, stories, and poems. Plenty to keep you busy. I have also been interviewed by blogs and had other posts published on many different blogs. I also wrote a series of articles on Bipolar Disorder for IBPF (International Bipolar Foundation). I am in my 60’s and disabled which allows me plenty of time to write to my heart’s content. I live in southern New Jersey and have 3 children and 5 grandchildren. My oldest grandchild is a Sargent in the United States Marine Corps.
View all posts by Tessa →
This entry was posted in Lord, medication and tagged Lord, medication, swine. Bookmark the permalink.

1 Response to The FRIEND (with benefits) is a SWINE