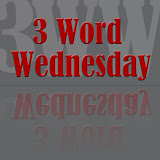 He’d only asked for water.

-Advocate For Mental And Invisible Illnesses

-Author Of Articles, Stories And Poems

Teresa (Tessa) Smeigh at 60 plus is still going strong despite her disabilities affecting both physical and mental abilities. She has bipolar disorder (mental), Fibromyalgia (nerves), degenerative disc disease (spine), and arthritis (joints). Her new journey's include Diabetes controlled by insulin. She is also working on 2 fiction books (mysteries). The books will probably never be finished. She keeps her blog filled with useful content, occasional devotionals (She is a Christian), stories and poems. Plenty to keep you busy. She has also been interviewed by blogs and had other posts published on many different blogs. She is from Southern, NJ. Her family and blog keep her busy.
View all posts by Tessa →
This entry was posted in Fiction, Poetry, prompt, Shadorma, Writing Prompts and tagged fiction, Poetry, Shadorma, writing prompt. Bookmark the permalink.