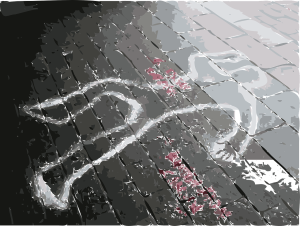 He looked at her body splayed on the floor,
She looked like she couldn’t take any more.

She barely moved, her cries were weak,
He never realized that she was so meek.

He didn’t mean to hit her so hard she’d fall,
He tried to think to whom he should call.

He needed help and ideas too,
What should his mind decide to do.

His best friend would help him no questions asked,
Do whatever he was told, do what he was tasked.

As he was thinking, what about good lies,
The poor girl stopped breathing and dies.

He felt no bad feelings, no remorse,
The girl deserved it of course.

Two words are offered each week for consideration. Each word has a similar definition, but one is more expressive. You can pick either word, or both, to use in your story.

[noun] the action of feeling or showing sorrow and regret for having done wrong.

My name is Tessa Dean and I am an author and blogger. My writing styles vary and I love writing using prompts. I am also writing my first book, a Memoir entitled "Government Property - A Memoir of a Military Wife".  This is being published on the blog rather than the traditional way. I am putting up chapters as I go along. I keep my blog filled with useful content, stories, and poems. Plenty to keep you busy. I have also been interviewed by blogs and had other posts published on many different blogs. I also wrote a series of articles on Bipolar Disorder for IBPF (International Bipolar Foundation). I am in my 60’s and disabled which allows me plenty of time to write to my heart’s content. I live in southern New Jersey and have 3 children and 5 grandchildren. My oldest grandchild is a Sargent in the United States Marine Corps.
View all posts by Tessa →
This entry was posted in Fiction, Flash Fiction, Writing Prompts and tagged fiction, Flash Fiction, writing prompt. Bookmark the permalink.